Following on from the success of now doing my first solo flight, the next stage of the process is to do more solo consolidation circuits, to build up the hours and confidence levels of flying on your own. However, the week after I went solo, the winds were too strong for a student to do such a manoeuvre – but they didn’t pose a problem to do something else. My first cross country navigation exercise! 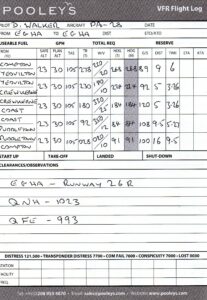 A few weeks ago, I was taught how to fill out the above Pilots Log – or in other words – PLOG. This provides all the information you need when travelling cross country, taking into account headings, wind speed and safe altitudes. To compile all of this information together, you need a map, compass, scale ruler and a rather clever little handheld computer called a CRP-1. 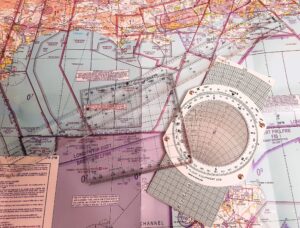 So, let’s say we want to go from Compton to Yeovilton, then Crewkerne, down to the coast, across to Puddletown and back to Compton, as shown in the PLOG. The route gets drawn out and, using the scale ruler, we measure the distance of each leg, along with the protractor, to work out the angle in degrees of each point for when we turn. The boxes DIST and TR(T) and then filled in. 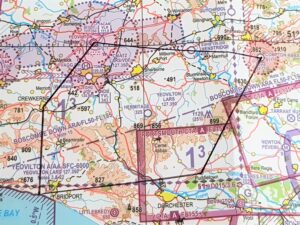 The map tells us that in the area we want to fly in, the maximum elevation is 1300ft. This is depicted by the large number 1, with a small 3 next to it. For safety, we add on 1000ft to this figure and fill out 23 in the SAFE ALT box. This figure is then rounded up to the nearest 1000ft which gives us our planned altitude of 3000ft. The box PLAN ALT is then completed with 30. Our air speed which we intend to fly at is 105kts, so 105 is then filled in the True Air Speed box (TAS).

We now need to see how windy it’s going to be up there. Twice a day, the MET office issues a predicted wind speed chart, which gives you the height in feet, direction it’s coming from, how strong it is and the temperature variation for that particular level you’re at. You look up the nearest chart for the area you wish to fly in and fill out the W/V box for direction and speed.

Note: For the purposes of this explanation, the wind direction on the PLOG is different from the chart. This is because I could only find limited images online for the blog. 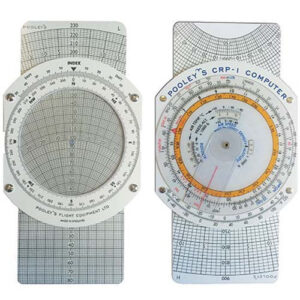 To complete the rest of the boxes and work out the calculations of your True Heading, Magnetic Heading, Ground Speed and Time it takes to cover the distance, all require the use of the CRP-1 computer. I’m not even going to start to try and explain how to use it, as there’s several stages to go through to get each of the answers. But trust me when I say, it’s a clever little gizmo, that really does work!

Although it was a little windy for solo circuits, my instructor and I did manage to fly that day on a route which we’d mapped out. It was gloriously sunny, and as we came near to the coast, we saw the Isle of Portland and Chesil Beach looking magnificent from the air. When you get views like this, it just goes to show, how amazing flying can be. If you would like to have a trial lesson, pleasure flight, or even just a cup of coffee with some cake at the airfield, then feel free to get in touch with the great staff at Abbasair, who will be happy to help however they can. 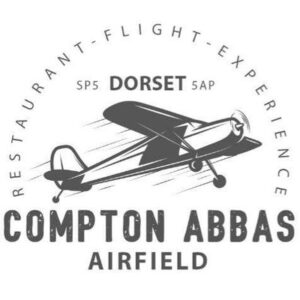 I’m now just over 30 lessons into the course and all is going well Recently, I sat my second exam and thankfully passed – but only just. Not bad when you consider that there wasn’t a single question on the test paper that related to what I’d been studying for the past several weeks! It was only after I’d completed […]