Well, where do I begin? This course is just getting better and better, and I highly recommend it!

Each blog covers two lessons, and each section of the training so far is broken down into two parts. Last week was part two of ascending / descending, and this week we started to do turns.

Now you would think that this may all seem like basic things, such as turn the control column left for going left, right for right, and wiggle it back and forth if you want to go up or down.

There really is more to it than just that and it requires quite a degree of concentration. I’m still at the stage of covering the basics and was wondering if I’m starting to lag behind everyone. However, my instructor says that I’m currently at the same point as others before me, which I find to be a relief because last week’s lesson didn’t go down too well. 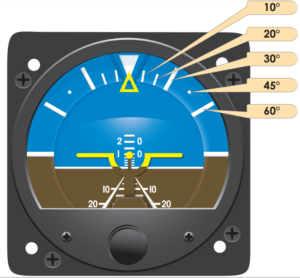 Apart from some turbulence, I just couldn’t seem to keep the wings level (kind of a necessary thing to have really). It wasn’t by much, but a tiny fraction of a degree here, can have a much larger knock-on effect there. As we practiced going up and down my instructor continually said, “wings level”, “wings level”, “watch your balance ball”, “keep your wings level”. “bit too high, lower the nose” “wings level”…… You get the drift!

If this wasn’t enough, I was also having difficulty keeping the thing in trim, taking what felt like an age and to get there. All of this, while he used his hand to cover over some of the instruments, forcing me to rely on the sound of the engine pitch, as well as watching moving reference points. Like clouds! 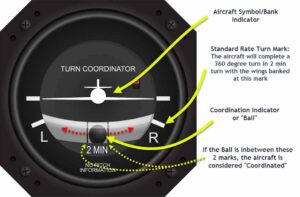 This week, however, was MUCH better. There was a strong surface wind today of around 18kts, gusting up to 25Kts, so my instructor did the take off. The sky was blue, there were hardly any clouds and as we climbed to around 3000 feet, I could clearly see all the way over to the far side of the Isle of Wight – a distance of over 50 miles!

To start the lesson, we did a couple more ascends and descends and – while I still need to practice, I’m really pleased to say it went a whole lot better. I was quicker putting the aircraft in trim, the wings were level (most of the time) and I’m starting to find that I only need to glance at the instruments, instead of looking at them intently like before.

For the exercise we did some practice manoeuvres continually doing 360 degree turns as well as giant figure 8’s in the sky. First one way, then another. And then back again to our starting point. You could see for miles; it was lovely and smooth, and it was going well. I loved it! 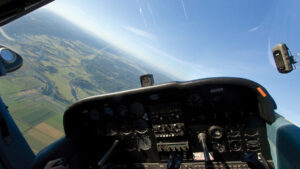 However, after going round in circles for a while we did something which I knew would happen at some point in this course, and it’s fair to say, I’ve been seriously dreading it since day one.

My instructor showed me the effects of a stall!

He reduced the thrust, raised the nose gently and the rest took over. As the airspeed dropped, so did we. The stall warning sound came on followed shortly after by a juddering of the aircraft. This was the point at which we were effectively descending belly down out of control. To get out of this, he quickly pushed the nose forward, allowed the plane to settle in a natural descent and applied the thrust once more. It was scary, but a good thing to experience. We then did this a couple more times before ending the lesson and headed back to Compton.

Inducing a stall and recovery

I really can’t wait until next week to take to the skies once more, if you ever thought about giving it a try then go for it. Flying your own aircraft is absolutely awesome! 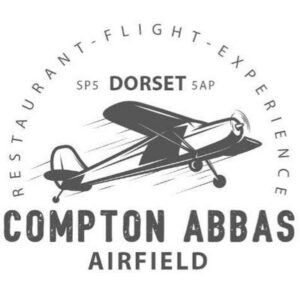 For most of the time, the weather at Compton Abbas Airfield is like this. But occasionally, like anywhere else in the world, it can be like this. October for me has been a somewhat delayed month, and instead of doing weekly lessons, there have been a couple of last-minute cancellations and limited space availability for bookings. All of which are […]

Hi. My name is David Walker and in March 2021. I entered a competition with Abbasair based in Dorset, to win the ultimate chance of a lifetime and gain a pilots licence. Two months later I find out I’ve been shortlisted, and two months after that I find myself sitting in front of the control’s of a Piper Warrior PA […]