Before the global pandemic began, I’d spent 38 years as a specialist technician within the world of Theatre, Film and TV. So, I have to say, it didn’t come as a massive surprise when my instructor said to me earlier today, I have to be a little less heavy handed!

He was of course referring to using the controls. In my job, I’m used to moving heavy pieces of technical equipment. I’m one of the guys in black you see on a “behind the scenes” program, wearing harnesses and rigging equipment. I’m a little bit stocky, can often be seen in shorts no matter what the weather and usually have rings around my eyes; due to the long hours and tireless (often thankless) tasks we must perform. Being heavy handed is part of the job!

In my last blog, I mentioned that because of various cancellations, either due to bad weather or limited available slots, I was in danger of slipping behind in the process. I was grounded for some of September and most of October which meant for 6 weeks I was unable to fly. Therefore, it wasn’t with any surprise that I made a few schoolboy errors when I was back in the air. On my last lesson, I took off too steep, I chased the engine speed too often, and didn’t have good enough coordination between the rudder and ailerons. 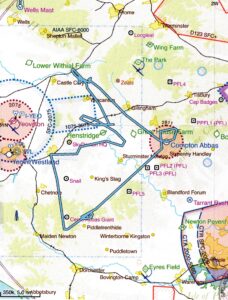 However, despite all of this, my instructor felt confident enough in letting me do my first landing. And it felt great! As we headed back to Compton, we performed our FREDA checks (See blog entry part 3) and joined the overhead circuit. My instructor guided me through the process of the various stages considering height, speed, distance and the flaps position. As the speed decreases, more control is done by the rudder, although there is still some using the ailerons. Therefore, you must be mindful that the hand controls can get a little sloppy, but the rudder is still just as efficient.

We lined up with the runway and descended. A turn here, a tweak there, until you are a few feet off the ground where you then run parallel, before slightly pulling back on the control column and land. I have to say, it was going really well, right up to the point of the wheels touching the ground, whereupon I skewed off to the left-hand side and ran along the edge of the runway. My instructor shouting through the headset, “where are you going”? But the only thing I could think of in reply was, “Over here”! All in all, it was a frustrating lesson and proved most valuable that practice really does make perfect.

Another week went by and another cancellation due to the weather. But by some miracle, today we had great conditions and I was able to take flight. This time, it was better. My take off was straight and not too steep, the turns were getting better (although more work is still required) and for at least a third of the time, I managed to sustain the balance ball in the central position. However, keeping the aircraft at the correct altitude when doing a manoeuvre such as a turn, or when completing an ascent / descent is still proving to be an issue. Afterwards I did a second landing and this time careered slightly off to the right once the wheels touched the ground. My confidence became knocked and although I tried not to show it, I know I made more schoolboy errors on the shutting down procedure. 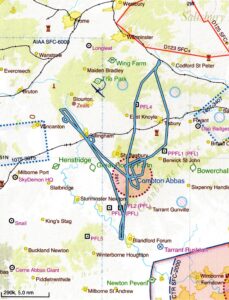 In the sum up briefing my instructor says I’ve plateaued as I’m not making the progress that I should be doing. We agree that this is partly because I’ve had such a long time off and partly because I’m being too heavy handed with the controls. He reassures me that he’s seen this on more than one occasion and that people do overcome the issue – although not everyone. I’m determined to make this work as I’ve always wanted to be a pilot. But as we head closer to winter, I’m concerned that there may be more cancellations due to the weather, and I end up going further and further behind.

I suppose for now, only time will tell. But in the meantime, despite the setbacks, I’m still loving it all. So far, I’m not even into double digits with my hours, and yet I’ve now done six take off’s, two landings and flown all over the beautiful Dorset countryside. I’ve seen views stretching over 50 miles, Glory rainbow’s, the Welsh Mountains, had my confidence boosted, and met some great people along the way. Not bad for just 9 hours in the saddle! 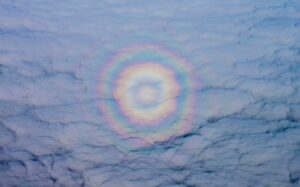 Glory Rainbow against the top of clouds

Compton Abbas airfield is in North Dorset, not far from Shaftesbury. They’ve gone above and beyond to get everything as Covid safe as possible and have now recently opened their café to the public once more. So why not spend a couple of hours with good food, great drinks, friendly staff, and a fantastic view of the countryside. It’s well worth it! 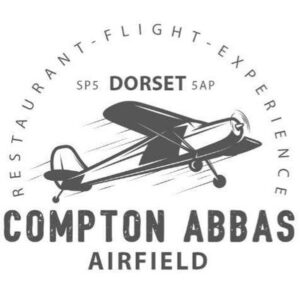 This was the moment I’ve waited for, all my life… I’ve been quiet since February as there’s not been a great deal to write about. When the weather allowed, I’ve been with my instructor doing endless rounds of circuits around the airfield. Power up, take off , fly in a circuit and land. Over and over again (71 times to […]

Well, where do I begin? This course is just getting better and better, and I highly recommend it! Each blog covers two lessons, and each section of the training so far is broken down into two parts. Last week was part two of ascending / descending, and this week we started to do turns. Now you would think that this […]